Let me ask you a question.  Do you remember when late night TV was filled with all those amazing get-rich-quick infomercials?  If you don’t, it probably just means you are quite a bit younger than me and that I’m just showing my age.

Well anyway, you don’t see a whole lot of these infomercials anymore, but many years ago, it seemed like just about every channel had some sort of an internet guru who was trying to sell you a fast and easy way to become filthy rich without hardly any effort on your part at all.

I was young and naive, and I wanted to get rich really quick, so I bought into what they selling.  I couldn’t wait to get started.  I just knew I was gonna start making $50,000 a month just by placing these little tiny classified ads in the newspaper, just like the guru guy did.

I believed it because he even guaranteed it.

Do you think I started making $50,000 a month like he guaranteed I would?

He took my money, and I got taken to the cleaners.

So, do you think I learned my lesson? 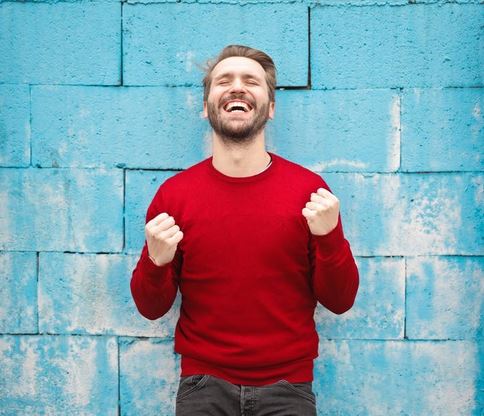 Then the shiny object syndrome kicked in again, and I bought into another money-making opportunity.  But this time I knew this one was gonna be my ticket to financial freedom.

I bought a series of three different 1-900 phone numbers (Sports Line, Psychic Line, Dating Line) that were guaranteed to make me a fortune when millions of people called those three numbers.

Do you think this ended up being my path to financial freedom?

Once again, the fake guru took my money, and I got scammed.  Again!

Ha!  What a complete joke. I can’t believe that I actually kept falling for it…not just once, not just twice, but more times than I would like to admit.

Even though I felt like I was the fool who they saw coming from a mile away, I knew I couldn’t be the only one who got reeled in, hook line and sinker.

I don’t think it was entirely my fault because I really didn’t know any better.  At the time, I didn’t know what was real and what was fake.

But that’s what these type of shady characters and fast money programs do… they prey on people like me and you who are just looking for a way to make a better life for themselves.

I knew there had to be something better that could give me what I was looking for,  and I was determined to find out what it was.  I made a promise to myself that I was never going to get suckered into another fake and unrealistic claim again.

With so many online business opportunities that are available to you now, filling up the internet, sometimes you have to idea who or what you can put your trust in.  The majority of these programs have no problem at all taking your hard earned money, but then give you absolutely nothing of value in return.

So, after all these years of wasting money on the promises of instant wealth, do you think I have finally learned my lesson?

Of course I have!

A Brief Story About Me

As I mentioned before, my name is Todd and I want to welcome you to Real Affiliate Insider.  I created this website to help entrepreneurs who are looking to fulfill their dream of building a profitable and successful internet business, while doing it the right way.

Because you are here, I know you are looking for a legit way to make money from home , but maybe still somewhat hesitant to try something new because you’ve been scammed before, or you know of someone who has.

More than likely, everything you bought and tried in the past was garbage and didn’t work, and you are just sick and tired of wasting anymore of your time and money.

I totally get it!

Truth is, some companies do make their money by scamming others, convincing them to buy or invest into an incredible “chance of a lifetime” money-making opportunity. Then they make unrealistic promises that are practically impossible to achieve, but they have no problem stealing your hard earned cash away from you.

Then on the other hand, there are honest people that are operating a legitimate and ethical online business, while trying to help and encourage others by providing them with the the knowledge and information that they need to start their own online business too.

And I am one of them.

While there are real opportunities to make money online, sometimes the stuff that you come across isn’t always as straightforward as it seems.  I can’t stress to you how important it is to learn as much as you can about something, and do your thorough research before you sink another dime into piece of junk scam.

That is why I am here, and you are too!

Anyway, just like most people, I started working in my teens and changed jobs a few times along the way until I finally found a career job that I would have until I eventually retired many years down the road, or so I thought.

Now with a wife and two kids at home, I was fortunate that I had a steady job and was able to support my family. And before I knew it, I had been working for the same company for over 16 years.

Unfortunately, business started slowing down and they started their cost-cutting moves by laying off employees that were there a lot longer than me.  I kinda figured my days would soon be numbered too, so before I received that same dreaded pink slip, I decided to leave on my own terms and start my own business.

Good thing I did, because soon after that, the company was sold and moved out of state.  Fast forward to the next 16 years and I am still working for my self full-time.

I had always been interested in finding different ways to make money and working from home.

I went through a period of time where I bought just about every “get-rich-quick” scheme that I could get my hands on.  I would buy one program and then would buy a different one before I actually gave the other one a try.

I kept doing this because I was just looking for an easy way to make a lot of money in a short amount of time.  I soon realized what I should have known all along that a sure fire way to make fast money online DOES NOT EXIST!

Basically every one of these business opportunities that I bought were garbage with no real earning potential, so I ended up wasting a lot of money and time, and didn’t make a single penny on any of them.

I decided right then that I was not gonna be another victim of getting caught up into another empty promise of another rags-to-riches story.

I searched the internet to find a legit way that I could make money online from my home,  and kept looking for something that could really help me get started with a real online business.

Once again, I purchased an online training course that was actually not too bad.  It actually gave me some decent basic information on how to make money online.  Unfortunately, even though by now I sorta knew what direction I was heading , there was no real support or help when I needed it.

And I definitely needed it.

How I Finally Learned What It Took To Make Money Online

One day while I was online, I came across Wealthy Affiliate and read so many reviews on how the training helped so many people start their online business, so I decided to dive into it deeper to see what it was really about.  As I kept researching, the more I really liked what I was reading.

I started coming across more and more people that used the training at Wealthy Affiliate to take their online business ideas and started making a consistent income from home.

When I couldn’t find one person or one review that promised you would make an incredible amount of money in a very short time, with little or no effort, I decided to give it a shot and see for myself.

And the best part was I could get started for FREE!

If you woke up today and said you were going to start an online business, by creating a website, which you could most certainly do, but how far do you think you would get if you really didn’t know what you were doing?

Probably not very far, and it just wouldn’t make sense to do that.

Anybody can install WordPress on their computer right now and create a live working website in a matter of minutes.  But I would almost guarantee that you won’t make a single penny from that website unless you know what you are doing.

The point is, making money online is a simple process if you know what to do, and if you have the right training and tools.  But if you try to go at it alone, you are just setting yourself up for failure.

So if you’re still skeptical or worried about being scammed again, or if you don’t think Wealthy Affiliate can really help you get rolling with an online business, I hope you change your mind and give it a shot.

Only you know what your financial situation is, but If you are seriously interested in making a change and learning how to make money online the right way, you should definitely check out the full review of my #1 recommended online training program.

I wish you all the best!